Software analyzers to protect against cyber fraud on the network

The computerization of our society has been rapidly growing and continues to do so day by day. Virtually all companies have switched to a digital data storage and transmission system. Every employee in the office has a few devices: PC, laptops, tablets, routers, cellphones, etc. All these devices are connected to the global network – the Internet. Despite antiviruses, cyber frauds break into the informational “coffers” of the company and can harm financial and social stability. In order to avoid this catastrophe, executives invite professionals in cybersecurity to their offices. Any beginner can take up this profession using one of the 10 handiest tools.

Wireshark is an analyzer of the network protocol and traffic that works on the basis of pcap-libraries. It carries out a profound testing of protocols and their deciphering in real-time mode. It supports standard format files like tcpdump, allows to restore TCP sessions, and has an intuitively intelligible graphic interface. 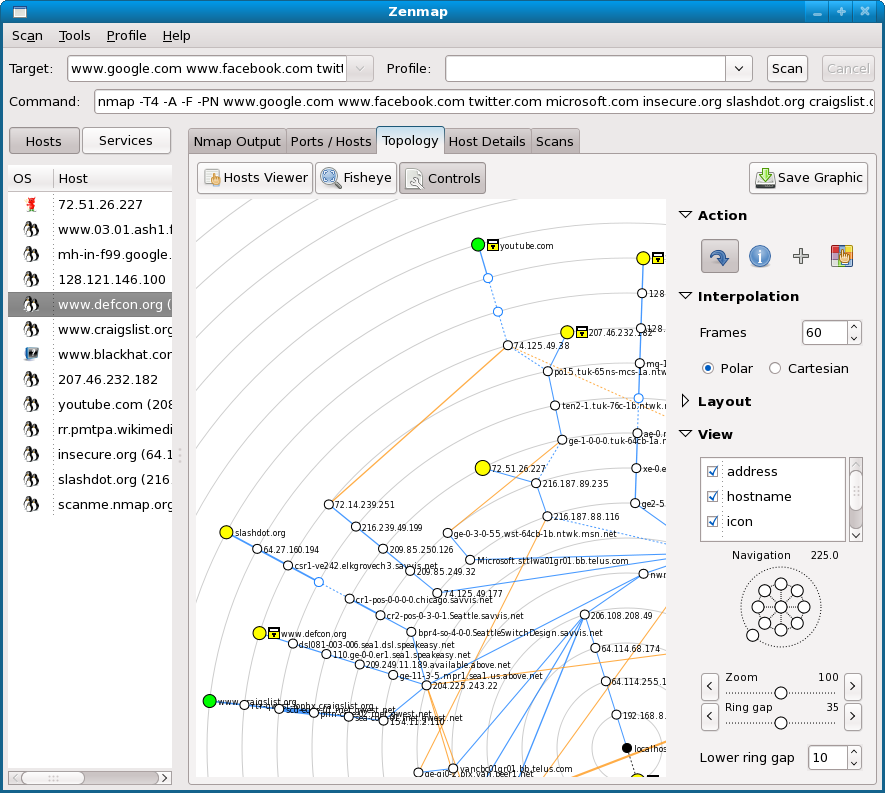 Ncat is an optimized version of Netcat. This multifunctional network tool can read and record data on network connections. It uses both TCP and UDP protocols for connection, and is aimed at instant network connection to other apps and users. Ncat works with IPv4 and IPv6 proxies and provides a user with an unlimited number of potential implementations. 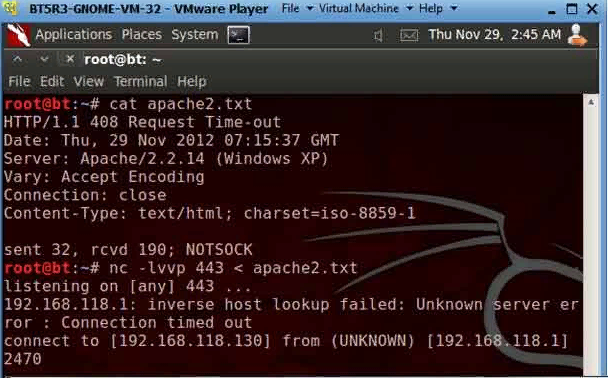 Metasploit is a tool used to test a user network for cyber-attacks with the help of a remote check service. This tool identifies open endpoints of a TCP-protocol that are able to provide hackers with a remote system command service. The Metasploit program allows you to create a hacking instrument on your own, using a programming language called Ruby. 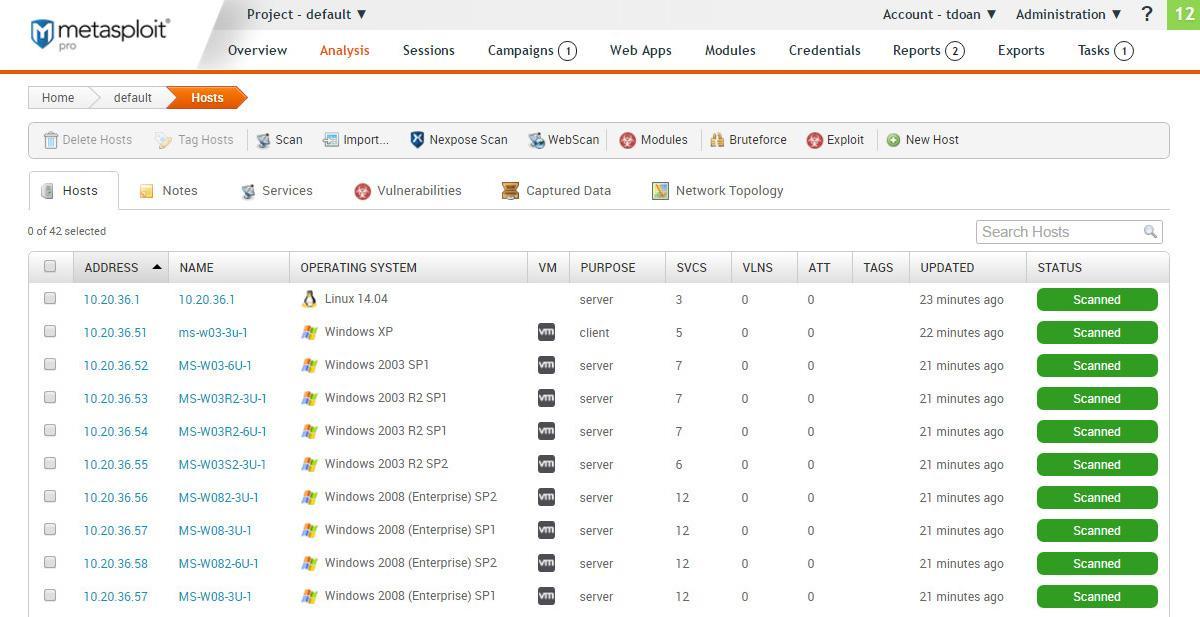 Nikto is a tool used to test web-sites, virtual hosts and web-servers for dangerous files/CGIs and configuration errors. The scanner is able to complete more than 6000 security tests and check a web-server for outdated programs. Nikto supports the anti-IDS expansion in order to carry out hidden testing. 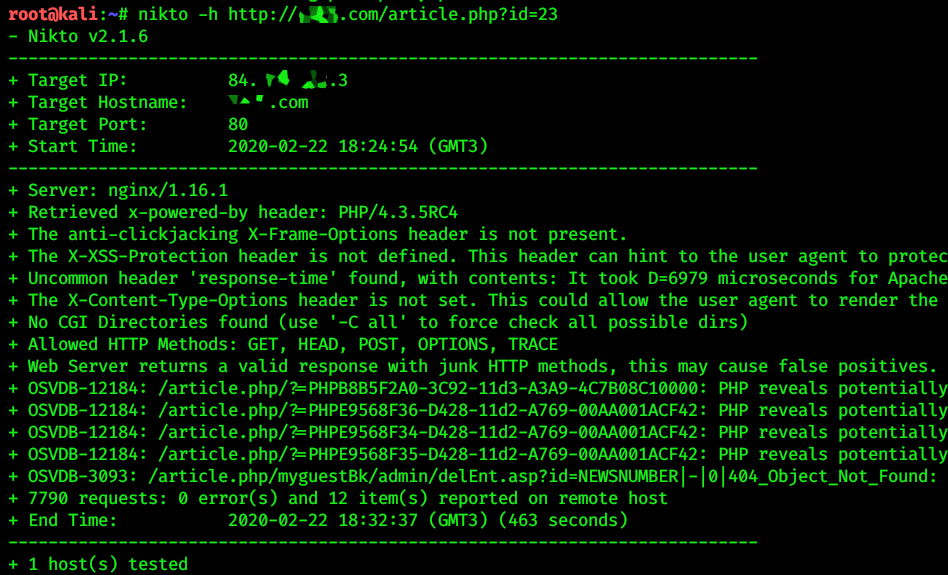 Burp Suite is a multifunctional tool that scans proxy-servers, certain web apps and virtual resources, files and folders for their security level. The tool allows to intercept and control HTTP-requests. Its simple interface allows any beginner to use this program easily. 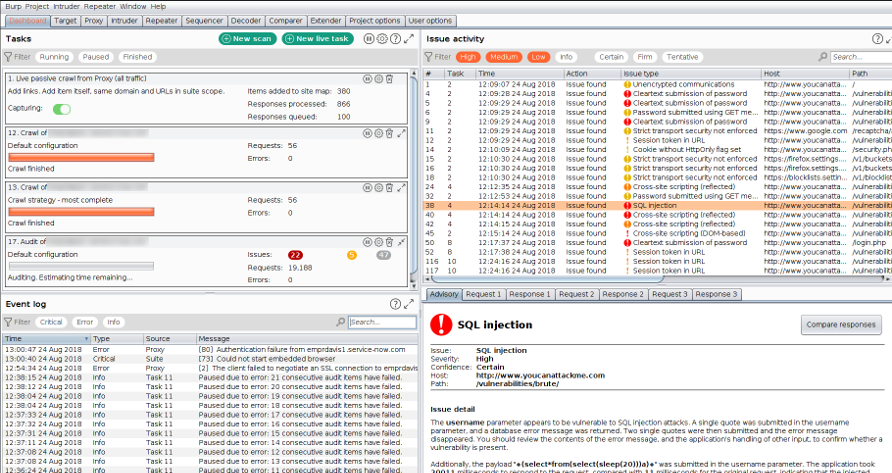 John the Ripper is an effective instrument that hacks user passwords and encrypted private keys to private data. It has access to all known encryption methods, including SHA and MD5. The program can carry out an audit of user passwords and offer more complicated versions of the code word. 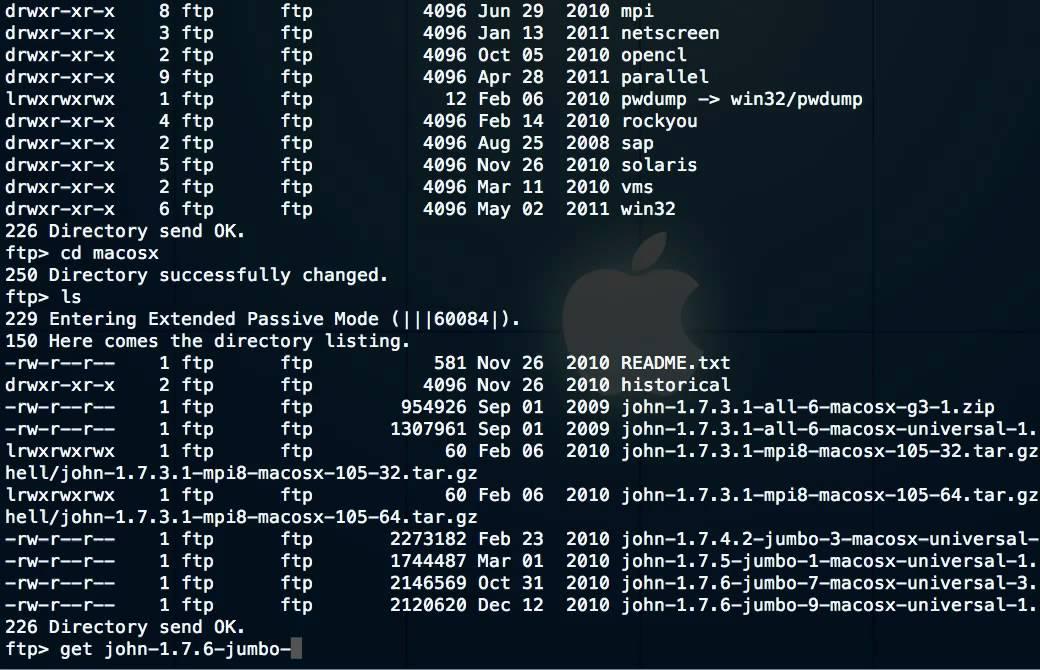 Aircrack-ng is a multifunctional program used to track and infiltrate available wireless networks, to intercept and send packets, to check and hack WEP and WPA encryption keys. The tool can quickly monitor networks for possible hacker attacks and errors. Apart from that, it can hack Wi-Fi passwords.

Nessus is a paid tool that scans for vulnerability, analyzes possible risks and suggests possible solutions.

Snort is a tool with an open-source code used to detect suspicious activity and to prevent hacker attacks in real-time mode. It can analyze and register incoming data packets and generate threat notifications. It is mostly used for security.

How to easily set up a proxy server on Windows 10? Let's get started!

Do you need to use a proxy server to increase your anonymity on the Internet? Not sure how to set up a proxy properly before you start? In this article, we will try to answer all the questions that arise when you first try to connect to the network through a single proxy server on Windows 10.

OpenVPN technology: how to hide traffic

Together with wide opportunities the Internet carries a number of dangers. First of all, when it comes to anonymity and security.

The Internet without censorship

Initially, the World Wide Web was conceived as a space without borders, where you can get absolutely any information on an anonymous basis.

In today's world, it becomes more difficult to keep personal and corporate data in secret, so the issue of information security is becoming more acute every day.

In the recent past by the standards of the development of information technologies, in 2015 Google created artificial intelligence based on neural networks, which was able to analyze the condition around itself and draw conclusions about its further education. The name of the new offspring from Google was given in abbreviated from the term "deep Q-network" - DQN. The DQN started training in common arcade games (Pakman, Tennis, Space Invaiders, Boksing and other classics).

The Dolphin{anty} browser, which has made some noise in affiliate marketing, is a familiar tool for those who drive traffic through social networks or media and contextual advertising services. In the article we will talk about this antidetect and explain how to configure a proxy in it.

Scraping with JavaScript and Node.js

With the advent of Node.js, the development of JavaScript as one of the most powerful and user-friendly languages ​​for web scraping and data parsing has accelerated significantly. Node.js is one of the most popular and fastest growing software platforms. Its main purpose is to execute JavaScript code without the participation of a browser.

Receiving big volumes of data from websites for its following analysis plays a key role for plenty of projects. Target resource structure analysis and scraping of the relevant information are often connected to blocks or access restriction issues from website administration.

If you’re looking for a package of residential or mobile proxies with the ability to work with a particular country or ISP, the best option is definitely Exclusive Mix. With it you will be able to download the list which consists of proxies from preliminarily chosen countries and carriers, flexibly filtering it for your needs.

How to web scrape with python? It's a question that many beginners have. At the entry level, the process is quite simple, and anyone can quickly get their project off the ground. However, to successfully work on such a task, you should not forget about many aspects, which are not easy to understand at once.

Arthur
Support agent is typing…
A message can be sent in every seconds
Rate the work of support agent:
Have you got any question?